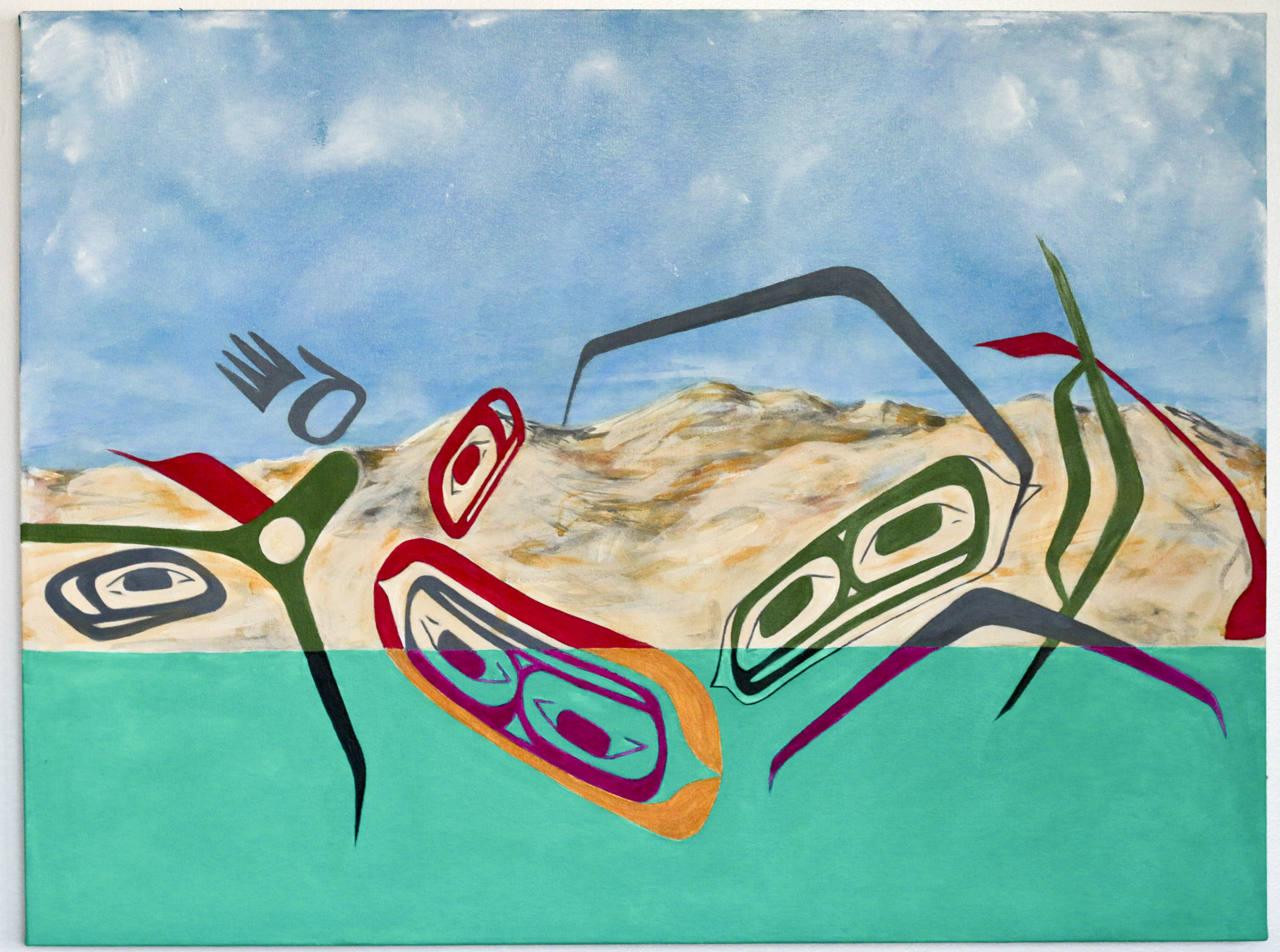 Krystle Silverfox is a member of Selkirk First Nation (Wolf Clan), and interdisciplinary visual artist. She currently lives and works on the territory of the Tr’ondëk Hwëch’in (Dawson City, Yukon). Silverfox holds both a BFA in Visual Art (2015); a BA in Gender, Race, Sexuality and Social Justice from UBC (2013); also an MFA in Interdisciplinary studies from Simon Fraser University (2019). Her artistic practice explores different materials, methodologies, and symbols to create conceptual works. Krystle is inspired by Indigenous feminism, trans–nationalism, de–colonialism, activism, and lived experience. Krystle was awarded a YVR Art Foundation Masterpiece Study Program Grant in 2015, and she became an Artist in Residence at Vancouver’s Malaspina Printmakers in 2016.

Where did the YVR Art Foundation Masterpiece Study Program Grant allow you to visit, and what did you research?

I visited the Bill Holm Center for Northwest Coast Art in Seattle. This was in 2015, and this research visit exposed me to an array of artworks that were Northern Tutchone in origin. The Selkirk First Nation is a part of the larger Northern Tutchone cultural group in the Yukon, and there are limited examples of work from this area in Vancouver. Therefore, I did not focus on one particular format or item, but rather studied all Northern Tutchone items available at the Bill Holm Center. This included masks, tools, textiles, photographs, and paintings.

To what extent did receiving a YVR Art Foundation Masterpiece Study Program Grant have an impact on your career?

The Masterpiece Study Program Grant offered by the YVR Art Foundation provided me with the connections and finances to learn more about Northern Tutchone art and design. Studying acclaimed works from my Nation has been integral to my foundation as a Northwest First Nations artist. The knowledge that I gained studying these significant artworks has become fundamental to my identity as a Northern Tutchone artist, and has allowed me the courage to expand my practice into other media, materials, and concepts.

What specific skills did you develop as a result of receiving a YVR Art Foundation Masterpiece Study Program Grant?

The YVR Art Foundation Masterpiece Study Program Grant enabled me to research Northern Tutchone art at the Burke Museum’s Bill Holm Center; however, I did not expect that this grant would also connect me to the Indigenous art community in Seattle. Unexpectedly, I developed my communication skills through my interaction with various gallery owners and curators during my time in Seattle. While my time researching at the Bill Holm Centre was rewarding, I also took advantage of the many resources in the city itself. Not only did this trip provide me with knowledge, but it was also an unforgettable travel experience.